I feel as if I have been reviewing an awful lot of metal or very modern prog lately (I’m not complaining), but I realized that I haven’t heard much in the way of good, classic prog sounds this year.  Or perhaps I just didn’t want to hear it.  I don’t know.  Either way, Built for the Future’s debut album “Chasing Light” made its way to my inbox, and I gave it a try.  And then I gave it another.  And another.  Soon, I was searching for a link to buy a physical copy.  Yes, Built for the Future has released a debut that has scratched an itch I didn’t even know I had.

The band hails from San Antonio, Texas of all places.  These guys (first only two, but now three—I think) don’t display much American tone in their prog sound, despite having a distinctive American accent.  Apparently, they describe themselves as “Rush meets Tears for Fears”, which could only be true for Rush’s softer, less technical moments.  Playing a blend of prog rock and alternative music, Built for the Future are too melodious to be American, in my opinion, and that’s a good thing. 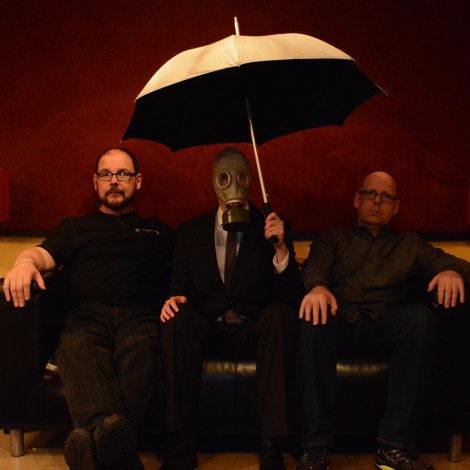 As you see from the above picture, they certainly have the strangeness in prog down.  All they need now are a few sparkly capes.  Perhaps they should remove their shoes?  But is the music any good?  Yes, absolutely.  They carry a sound similar to neo-prog, like Pendragon, IQ, Pallas, or Arena.  This means that they don’t go for the ridiculous arrangements and epics of the classic 70’s sound, but they do bear resemblance to it.  In addition, they focus on catchy melodies and just good songs.

The album was recorded by Kenny on vocals and Patric on just about everything else.  Listening to the album, Patric’s musical genius really does come through, but Kenny’s vocals are wonderfully unique.  In addition, there are a few other guests here and there.  “Chasing Light” does not play out like an album made by two Texans.  It’s catchy, tightly composed, and just feels so serene.  There’s not an ounce of distortion to be heard anywhere, which is what I would expect from an American prog album.  Instead, we are treated to some of the purest and most satisfying synth and keys that I’ve heard this year.  Indeed, the album seems driven by vocals and keys overall.  There are some unbelievably well-written synth solos and melodies throughout the album, and, since I’m a sucker for that sort of thing, I was immediately drawn deeper.  That is not to say, however, that the guitars stink.  No, there are some great solos, and the drums and bass are very healthy and precise.  In the great scheme of things, though, Kenny’s vocals and Patric’s keys are the stars of the show. 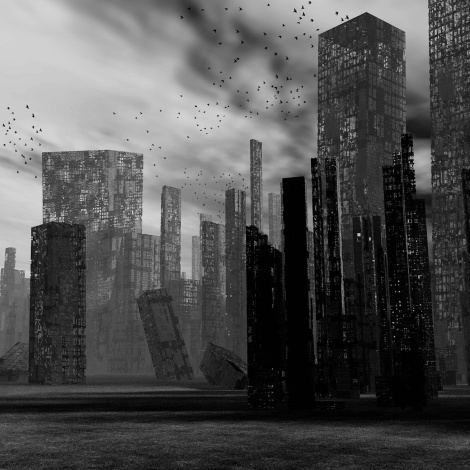 The album starts out strongly with “Arrive” and its beautiful hooks.  But then we are treated to such songs as “Radiowave” (I do get Rush in this one), my favorite track “Lightchaser” (you will get the lyrics stuck in your head, for sure), and the gorgeous and clean melody of “Burning Daylight”.  You’d think that after giving us six massively successful tracks that the album would kinda fade.  But, instead, they amp it up even more with songs like the mostly instrumental “Running Man”, the keyboard fireworks of “Samsara”, and then the gratifying conclusion “The Great Escape”.  Every single track here is strong, believe me.

You know me.  I analyze the lyrics on every album I hear, and “Chasing Light” is a winner, too.  The basic idea is that we are always chasing the light at the end of tunnel—the light being that proverbial meaning of life or the answers to all our questions.  This album is about that constant struggle and how we can finally be free!  The artwork is rather dark, but I would say the album feels “grey” and pensive, rather than dark.

So, it was refreshing to hear something as simple and gorgeous as this debut album from Built for the Future.  If you are a fan of neo-prog with a modern zest or perhaps that alternative bands of the 80’s, don’t hesitate to pick this album up soon.  It might not be the proggiest thing you’ve heard, but it certainly has a charm and a flavor that goes down well.