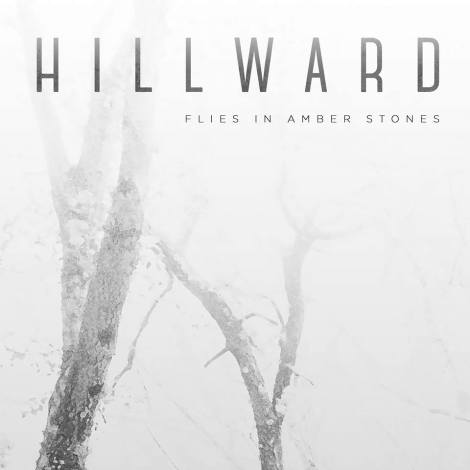 Hillward.  I keep typing “Hillwood”, for some reason.  Anyways, the year was 2012, and I came across a Canadian band named Southern Cross and their new album “From Tragedy”.  I was writing for good ol’ powerofmetal.dk at the time, and I pretty much just reviewed whatever I wanted.  This progressive metal band took me by storm with their uncanny sense of melody, their emotional and slightly disturbing lyrical content, and especially their penchant for writing interesting and satisfying instrumental portions.  In fact, there are few albums that contain such strong instrumentals as “From Tragedy”.

But now it’s 2015, and I still hadn’t heard about a follow up.  Well, a couple months ago I heard about Hillward, a side project of the members of Southern Cross.  I guess I figured out where all their musical time had been spent, as the new album was suddenly imminent!  Naturally, I was and am ecstatic.  There are, however, some key differences between these two projects.  While Southern Cross had evolved from metal to progressive metal, complete with warped time signatures, harsh and clean vox, and some chugging guitars, Hillward is a different beast.  They take more from Porcupine Tree and OSI than from Dream Theater or Symphony X.  Indeed, their official description is “heavy prog” instead of “progressive metal”.  Gone are the harsh vox and chugging, and in comes a focus on melody, soul, and, dare I say, serenity.

The band, then, consists of David Lizotte on vocals and guitars, Alexandre Lapierre on guitars and backing vocals, Jean-François Boudreault on bass, and Antoine Guertin on drums.  Let’s start with David.  His vocal style change is similar to that of Mariusz Duda on Riverside’s latest: he simply sings.  No gimmicks.  No harsh vox.  Just pure and unadulterated singing with a focus on emotion.  I’m seriously impressed, too, as he nails the softer parts of the album with perfect vocal melodies.  David and Alexandre both take on guitars, and they are certainly utilized in a more heavy prog way.  Distorted licks, crazy solos, plenty of vulnerable finger work, and galloping riffs are all abundant.  Solos are straight out of a progressive metal album, but with the setting, they carry a certain soul to them that is incredibly addictive.  Add to that the excellent rhythm section from Jean-François and Antoine, and you have a powerful ensemble of musicians here that all seem to share the same goal: beauty.  So, while the album is certainly technically proficient, it certainly is a means to an end.  These guys like to rock, but with purpose. 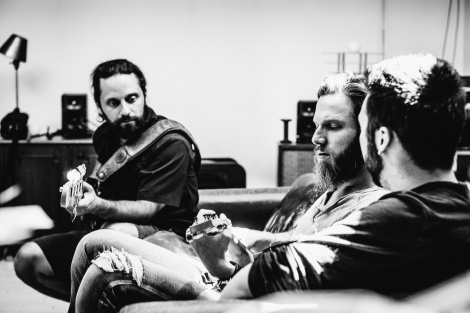 Just like with Southern Cross, though, I have to mention the incredible instrumentals on this album.  Full of twists and turns, powerful riffs and surging keys, the instrumentals on this album are sure to get your head moving.  Scratch that, they might just get your whole body moving!  Whether it’s the heavier portion of “Flies in Amber Stones” that transitions into a tender solo, or maybe the soft key-driven musings on “One Goodbye”, or even the two completely instrumental tracks “Entropy” and “Quantify the Abstract” (both are moody, dynamic, and awesome), this album is simply chock full of sounds for lovers of instrumental fireworks.  I don’t know what it is about this band and this ability, but I can tell you that I hope people will buy the heck of this album so that I can get a follow up sooner rather than later.

Hillward, however, is also very good at writing good songs, plain and simple.  “One Goodbye” is more or less a ballad, as is “Walls of Apathy”, which features guest female vocalist Melanie Gagné from Muted Screams and is just gorgeous.  Other songs are in the middle, like my favorite song on the album “When It All Comes True”, which features an elegant chorus, but also probably the best instrumental on the album!  In the end, every song places a part in this drama focused on the human experience in understanding this life we live, and each song is exceptionally beautiful and tightly written.  “Flies in Amber Stones” is a satisfying, complete, and exceptional experience.  I dare you to try not singing along!

So, if you like an album with punch, soul, and ambiance all at the same time, Hillward’s debut “Flies in Amber Stones” is definitely for you.  Similar albums from this year would include the offerings from Riverside, Steven Wilson, and Kingcrow.  With that kind of company, how can you lose?  Oh, and, I think Hillward may have surpassed two of three of those albums.  I’ll let you guess which ones.

Head on over to the Hillward Bandcamp and pick up the album on the cheap!