I have to say that I feel strangely about this little gem from The Fierce and the Dead.  I’ve been following them for a couple years now, and have liked everything that I’ve heard.  This instrumental band is becoming famous for their stand on the value of instrumental music, and their bombastic style of prog incorporates massive portions of math rock and lesser amounts of other genres, maybe even punk.  Yet, this new six song EP from the band is something of a departure from the craziness and funkiness of their past releases.

I said that I feel strangely about this EP.  The reason I feel this way is that I love this EP better than anything they’ve released thus far.  It is smooth, well-written, and features plenty of space—something missing from their other works.  In fact, it is difficult to identify this band through this EP!  The level of musicianship is through the roof, obviously, but the level of restraint is also impressive.  We can thank Matt Stevens on guitars and loops; Kevin Feazey on bass, keyboards, and electronics; Steve Cleaton on guitars, and Stuart Marshall on drums for this.

What does that mean?  Be sure to buy this EP!  My favorite song is “Flint”, a psychedelic, groovy trip.  Each song, though, is perfectly capable of bearing the load of your expectations.  Get it now at bandcamp! 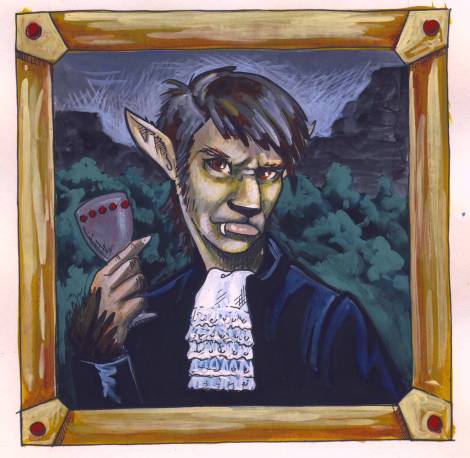 Charles Sadler.  Remember that name.  Aside from his main band project, Rear Window, he also has an affinity for electronic music.  So, dubbing a name and coming up with a concept, Sadler has released his debut EP that features three wonderful songs.

Now, I know that electronic music can often be a turn off for prog fans.  However, this particular EP is ripe with 80’s style, killer vocal hooks, and a sense of fearlessness that is difficult to find anywhere else.  All three songs are incredibly well put together, but the thing that you will definitely walk away with is Sadler’s choruses and creative beats.  From the assertion of “Nope!” to the funky beats of “Precipice” to to the catchy title track—my favorite—this EP is fun and engaging.

Why only a 7.5?  Well, the production values aren’t particularly high, and I feel like this is only part of an idea.  Sadler needs to make a whole album of this stuff.  I will, without a doubt, buy that album if it is ever made.  For now, go pick this up on the cheap over at the Le Hearse bandcamp.

The final EP I want to review today is from a band out of Australia named Overview Effect.  This beautiful EP is called “Tundra”, which very much defines the music, too.  The band describes themselves as “vegetarian progressive grindcore”, but I honestly don’t get the grindcore part of that label.  “Tundra” is a very cold, bleak, and spacey EP.  One will find plenty of drawn out, moody soundscapes, as well as superb vocal moments, and plenty of loud/quiet diversity.

The band consists of Felicia Tassone on vocals, Theodoros Theodorakopoulos and Jonny on guitars, DIon Zisos on bass, and Stefan Vogiatzis on drums.  Despite some of their labeling, I find the EP to be mostly psychedlic with a focus on emotional vocals.  The EP does explode into some tasteful metal moments three or four times, and I think I even heard some harsh vox at one point.  Either way, the EP is diverse and tastes great going down.

I was especially impressed with the vocals from Felicia.  While every singer has their dry moments, Felicia hits some really great notes that convey the same emotion as the EP cover.  “Tundra”, cold and bleak, does not match that coldness with emotionless banter.  No, this is an EP with purpose and concept.  Check it out soon!