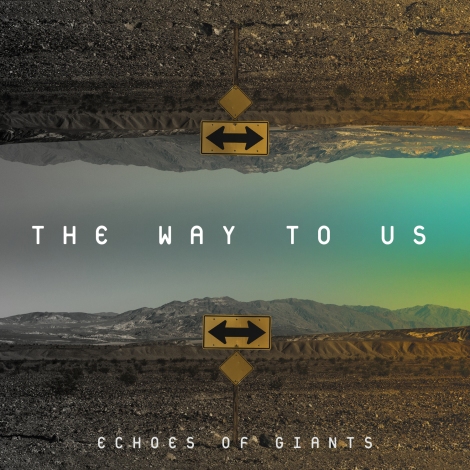 Some albums have it all when it comes to technical proficiency or clever composition, but they have no real heart.  They don’t express much of anything emotionally, and though they may be brilliant, I don’t “feel” the album, if you get my meaning.  The new album from Echoes of Giants does not fall prey to that tendency, I am happy to say.  “The Way to Us”, releasing on August 30th, is an album that is as emotionally intelligent as it is musically brilliant.

The band hails from Missouri and consists of Tracy Thomas on keys, marimba, drums, percussion, bass, and programming; Wes Bolton on guitars, Echoplex, percussion, programming, and synth; and Rick Kaufmann on bass and acoustic guitar.  Those are the official members of the band, and the vocals are provided by Joey Myers and newcomer Theese Weber.

Their musical style  is progressive alternative rock on the surface, but I think you will find all kinds of influences here, from 70s and 80s progressive pop to 90s alternative rock to more subtle inspirations, like Radiohead.  The band’s debut, “At the End of Myself”, really focused on keyboard melodies, and they really were amazing.  I believe I even labelled them as the best keys of 2013.  On this album, guitars take the forefront, although we still get lots of synth and tons of atmospheric keys.  I think this swap was done for a reason (which I will discuss later), but none of the purposeful writing has been lost. 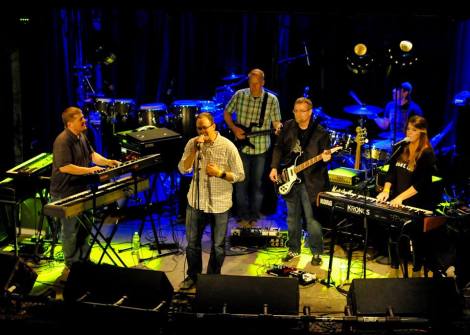 “The Way to Us” is primarily an emotional journey, but the lyrical and musical expressions all have purpose towards the central theme of the album.  However, that is not to say that the music isn’t wonderful in and of itself.  As addictive as the keys were on the debut, this album has a deeper, more mature understanding of composition, not only with an eye on purpose, but also with an eye on staying with you melodically.

As I continue to listen, I hear more and more melodies and guitar licks that are just so evocative and strongly produced.  There is a sense that this album is genuine and from the heart, so you won’t find filler or garbled composition here.  You will find burning atmospheres, weighty guitar licks, hefty drumming, and climactic structures that break upon the shores of your heart.  The prevalence of guitars does make the album feel more desperate and ruinous, rather than elevated and hopeful.  The album does have plenty of hope, but we also go through darkness to get there.

The debut album was a personal journey towards freedom and spiritual horizons.  This album is a different beast, and features three sections, each of which contains a complete story.  The stories are separate, but all seem to be an expression of our human desire for wholeness, completeness, and love, especially transposed against human fears; such as ruin, disappointment, loss, and loneliness.  As such, this album can feel sprawling, and you truly will get lost in it.  Many of the tracks are instrumental, expressing musically that which cannot be put into words.  I promised the band that I wouldn’t go too deeply into the stories here, as they are quite personal to them, but let’s just say that the first story strikes deeply into my own personal experience, and honestly it helps me empathize with the other stories and the people who have experienced those pains, too.

This is not the type of album that I would review track by track, so I’m not going to go over every song.  The reason is that I believe dissecting this album too much would take away from the overall ideas and wholeness of what it is presenting.  That said, there are a few tracks I want to mention.  Firstly, my favorite tracks with vocals are “Escape” and “Don’t Give Up on Me”.  They both represent cries of desperation, and the awesome grooves and vocal lines really tear at my heartstrings.  The two part “Hope” is also vocally driven, and is so incredibly atmospheric.  Second, I love “Fading”, a kinetic instrumental track with some of the best guitar and keys on the album.  Lastly, “Find Myself Today” feels so amazing, and I think it is because it reminds me of “In Your Eyes” from Peter Gabriel.

Now, there are three tracks that I feel are very special to me, and they go together thematically.  “Close the Door” absolutely kills me lyrically.  I cannot help but cry every time I hear it.  “The Death of a Dream” follows it and is an intensely personal track from which I can feel the angst and darkness of losing what you so hoped for in this life.  “Close the Door” expresses in verbal fashion those same feelings, so they are almost like a single song to me.  “Wait” finishes this trio, and thankfully does offer some resolve and hope for the future.  The weight of the lyrics here is so great, and “Wait” is absolutely necessary to end this cycle.

“The Way to Us” requires time to nurture and grow.  The first time I heard it, I felt overwhelmed, and I could barely remember the music, honestly.  As I continued to revisit it, the overall experience just feels so complete and multifaceted that I am both eager to jump back in, but also fear it because of the great emotional burden it carries.  Regardless, you need to hear this album, and Echoes of Giants has delivered once again.