Every once in a while, I despair about the lack of fresh ideas in progressive metal.  There are so many cookie cutter bands out there that do nothing more than wear the outfits and grow their hair out, and they somehow think that this is enough.  Ostura is not that kind of band.  Ostura is releasing their sophomore album “The Room” on February 23rd, and this album is nothing less than one of the most ambitious releases I have ever heard, especially from a newer band.

Ostura hails from Lebanon.  The band consists of Elia Monsef on vocals, Danny Bou-Maroun on keys and orchestration, Youmna Jreissati on vocals, Alain Ibrahim on guitars, and Alex Abi Chaker on drums.  The album features a huge list of guest performers, including Arjen Anthony Lucassen himself on guitar, Michael Mills on vocals, Thomas Lang on drums, Dan Veall on bass, Marco Sfogli on guitar, Ozgur Abbak on guitar, Yamane Al Hage on violin, Jokine Solban on violin, Nobuko Miyazaki on flute, Mohannad Nassar on oud, and Roger Smith on cello.  On top of that, The City of Prague Philharmonic Orchestra and also The Lebanese Filmscoring Ensemble provide orchestrations.  I know all of that sounds overwhelming, and this album, in all honesty, is exactly that.

The musical style is progressive metal, but there is so much more going on here.  While the almighty riff is present and very well composed, the album is not just a collection of riffs thrown together.  No, “The Room” is a cinematic journey of emotional gravity and grand vision, and it could almost be called just as much “classical” as it can be called “metal”.  The album includes huge orchestrations that might even dwarf the heavy guitars in their weight, and these orchestrations are prevalent in every single song.  The album also features both male and female vocalists, as well as choirs.  The storytelling nature of the album means that each tracks spills into the next perfectly and deliberately.  Overall, Ostura doesn’t try to act like a metal band, and that is perhaps their greatest strength. 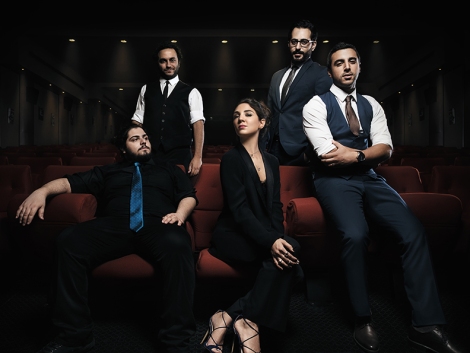 This is one of the most cinematic albums I have heard in some time.  Many of the tracks have portions that sound like a colossal soundtrack of sorts.  It’s not just certain segments, though: Many of the songs simply sound like the triumphant climax of a sprawling epic, and it almost brings tears to your eyes for the sheer glory you are hearing.  It is quite overwhelming at times, and because of this the album definitely takes a few listens to comprehend fully.  On a side note, I feel like the orchestrations and cinematic portions seem to be quite influenced by Hans Zimmer, which is a big plus in my eyes.

The lyrics and concept deal with fighting through your personal darkness and the constant corrosion of this world.  I am not entirely privy to the story and concept yet, but know that the lyrics are emotional and strike deeply, and I also know that the beautiful descriptions and musical expressions of light penetrating darkness are truly captivating.

The vocalists are absolutely outstanding, as are all the performers.  Elia has a gritty voice with truly stunning range, but Youmna has all of that and the ability to be subtle, as well.  Michael’s voice is smooth as butter, too.  I love that there are many portions of vocals set against just a lone violin, like on “Beyond (The New World)”.  These portions give us a breather, for sure, but they are also gorgeously composed and perfectly executed.  Together, these vocalists absolutely crush our senses.

The album feels split into two distinctive parts to me.  In the first half, my favorites are “The Room”, a teaser of what is to come; “Escape”, which features amazing high vocal notes and some of the best guitars on the album; “Beyond (The New World), which has a fantastic sense of loud and soft through the gentle vocal passages and also has the coolest riff on the album; and “Let There Be”, one of the most cinematic pieces of the album: The violins really drive the music in the most powerful moments, and the vocals join them with one of my favorite choruses. 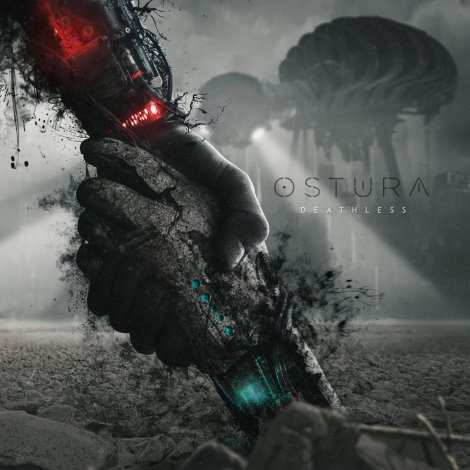 Probably the most surprising thing about this album is just how strong the second act is.  Many albums have some sort of gimmick, and it often wears out before the album is finished.  However, “The Room” hits its stride in the second half, and all the best tracks are there, and that is really saying something due to the quality of the first half.  Starting with “Mourning Light”, this album absolutely perfects cinematic progressive metal, and subsequent listens will only reinforce that fact.

“Mourning Light” is a vocally-driven track featuring Youmna.  It is reminds me of something Kamelot did in their glory days.  “Deathless” enters the scene with enormous movements of sound, but ends up playing the loud/soft dynamic very, very well, not to mention having an awesome chorus.  “Darker Shade of Black” is a melodious, shadowy track that feels great, and “The Surge” feels exactly like its name: It is rather delicate, but, man, that chorus comes spilling in and shatters your knees, and the last half contains a fantastic electronic section.

“Duality” might be my favorite on the album.  It has a sprawling feel to it, but the chorus is immediate and catchy, and there’s some sweet synth, which I believe is the only instance on the album.  From there, it has a spacey, ambient portion that feels very Middle Earth-like to me, but flows into a more world music vibe that rushes into an overwhelmingly emotional climax with choirs and this general feeling of freedom and light.  This song literally brings tears to my eyes.  The album closes after this with “Exit the Room”, a gentle outro that helps you recover from “Duality” with serene violins and piano.

Ostura’s “The Room” will literally make you feel like you were put through the musical wringer, and you will love the experience.  Again, it is definitely an album that needs to be heard a few times in order to grasp the full weight of the production, the massive compositions, and the stunning art direction.  If you are a fan of prog metal, this is a no-brainer.  If you like amazing melodies and cinematic progressive music of any type, this is the release to watch so far this year.