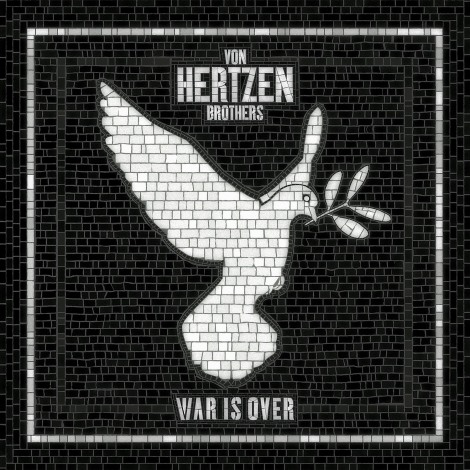 I’ve been following the Von Hertzen Brothers for a long time, even longer than some of my favorite bands.  They are a fine example of a band that seems to have no problem releasing albums that are at the very least solid, but they also have the ability to craft masterpiece level art.  They recently released “War Is Over”, a very energetic album that I believe continues and possibly improves upon their history of fantastic albums.

The band hails from Finland and includes Mikko von Hertzen, Kie von Hertzen, Jonne von Hertzen, with a performance from returning drummer Sami Kuoppamäki.  Their musical style is a combination of many different subgenres, from pure classic rock to prog to pop to alternative music.  They have no problem just writing a fun, catchy song, though their lyrics are usually very insightful and deep.  Their ability to write a super catchy vocal hook is perhaps unmatched in the modern progressive community, but the level of sophistication and class is very impressive, though the band also really knows how to pursue a pure, wild-hearted rock ‘n roll.  For myself, I find that I come for the energy and hooks, but stay for the great guitars, crisp vocals, and thoughtful lyrics.

While no one would accuse this album of being overly technical, the performances here are admirable.  The guitars sound immense and steely, and I love the solo work.  The keys feel awesome, with some huge standout moments that you will know when you hear them.  The drums are pounding with lots of impressive fills and monolithic moments, giving the album this arena feel at some points.  The bass, too, is throbbing and makes this whole album feel larger than life.

The theme of the album is very important.  “War Is Over” has a war theme, but from a more optimistic angle than most such albums.  The opening track, for example, is quite celebratory as it relates to the 100th anniversary of Finland’s independence.  It honors those who fought for peace and freedom, and the rest of the album is quite similar, though approaching it from various perspectives and using imagery from religious to personal.  It is hopeful and uplifting, though unafraid to point out problems where they exist. 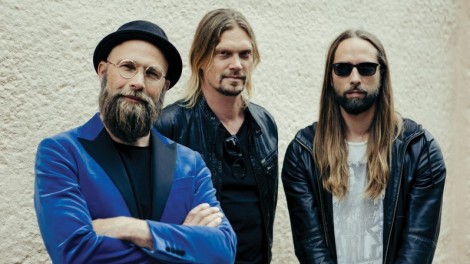 Every single track on this album rocks to the core, but there are definitely a few that stick out in my mind.  First, the title track opens and sets the tone for the album.  It is celebratory, playful, and clearly excited about peace.  The chorus is catchy and this 9+ minute track even ends with fireworks.  It is a wonderful track that feels optimistic and features various transitions and sections that make it feel sprawling and huge.

“The Arsonist” was the first single, and its chorus is instantly stuck in your brain.  It is a pure hard rock and I love every second.  “Jerusalem” is my favorite track, for sure.  The sweet keyboard line and the mammoth chorus just give me this welling feeling in my chest.  It’s an amazing song without a doubt.

There are a couple other favorites I have.  “Long Lost Sailor” is another catchy track with a huge hook and lots of transitions. The chorus is surprisingly “pop” in composition.  It’s brilliant.  “Wanderlust” is a gentle, emotional song about an adventurous, possibly conflicted heart.  It has one of the most expressive, memorable choruses on the album.

The Von Hertzen Brothers have created an album that somehow rides the line between sophistication, rock ‘n roll, and philosophical depth.  “War Is Over” has a beautiful message to share, but it communicates it through immersive music, poetic lyrics, and more heart than seems possible.  If you are looking for an album that is pure enjoyment, this is it.

One response to “Von Hertzen Brothers – “War Is Over””