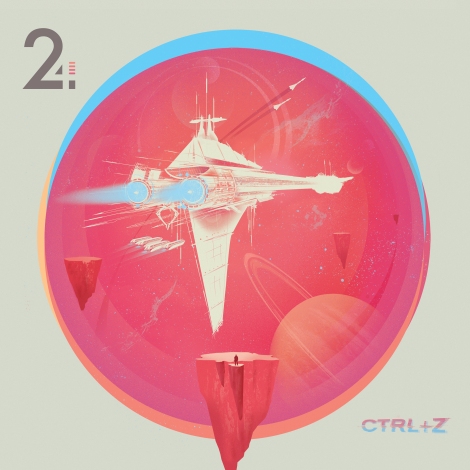 I’m a sucker for beautiful cover art.  When I look at incoming promos, wonderful cover art obviously grabs my attention.  This third album from Life in 24 Frames definitely has an amazing cover, but it was the description of the album that really drew me to it.  “CTRL+Z” is the name of this beautiful album, and I’m so happy that I gave it the time it deserves.

Life in 24 Frames hails from California, USA; and consists of Kris Adams on vocals and guitar; Joe Strouth on drums, Jason Brown on vocals, bass, and keys; and Tony Caldron on guitar.  This band, according to the press release, is supposed to be a mix of Pink Floyd and The Beach Boys.  I think those name drops actually do the band a disservice, however.  Their sound is obviously influenced by those bands, and even newer bands like Muse, Radiohead, and Coldplay; but I feel that they wrap it into a package that is quite original.  I feel like they have their own sound, so I don’t think it’s fair to relegate their style to just a mish mash of other bands.

Exactly what is their style?  I would place them into the non-existent “progressive pop” genre that I feel should be a thing.  What that means for me is a musical style with pop sensibilities and class that also tries to do something above and beyond the norm, both musically and conceptually.  Yes, this album does not focus on virtuosity or technicalities, but instead feels like a transmission of emotions and colors from the human mind.  No, it’s not the sort of thing you’ll hear on your local radio, but it is the sort of thing that appeals to fans of deeper music.

Even more specifically, “CTRL+Z” sports gorgeous waves of synth mixed with crisp and clear vocal harmonies, all wrapped up with steamy bass lines and catchy choruses.  I’d throw in a dash of indie rock, too.  What we get, then, is an album that flows with ethereal confidence, not only in the musical style, but also in the structure of the album.  The album is set up with 12 tracks each named after the corresponding month of the year respectively.  So, these bright colors and beautiful soundscapes are really taking us through some sort of emotional and situational arc that reflects sadness, regret, and love.  I’m sure the title of the album is a clue here, as it refers to the “Undo” command on a keyboard.  And just like many prog albums I know, the tracks blend into each other for this liquid, spacey experience. 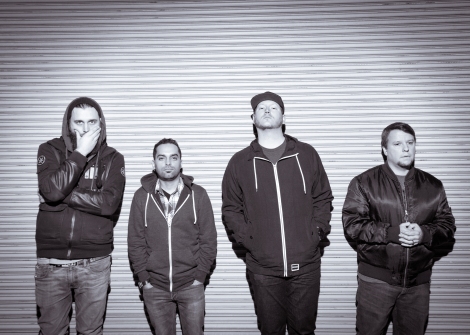 The album is different than many prog albums you will hear; and, honestly, that’s probably why I like it so much.  It’s fresh.  It’s different.  It’s light and somehow deep at the same time.  The performances aren’t overly technical, though Kris and Tony offer guitars with some meat and great solos while Joe offers drumming with some twisting time signatures that can often sound simpler than they actually are.  Jason’s bass combines with the drums to fantastic effect; featuring that slow burning, persistent style that is a perfect contrast to the bright beauty of the melodies and keys.  Speaking of keys, Jason’s keys are front and center throughout the album.  They are what makes the album flow and weave through the monolithic sounds of the bass and drums, and they are what gives this album an elevated and spacey sound that takes you to new heights and new places.  The best thing about the ethereal feeling of this album, though, is that it feels like a journey within yourself, not necessarily through space itself; almost like we are visiting an alien world, but that alien world is our own hearts.

Another foundation of this album is the vocal performances from Kris and Jason.  These two combine to form some glorious harmonies that do indeed remind me of a more interesting, less dated Beach Boys.  The vocals are bright and clear as day, but it’s the actual melodies that are the star of the show here.  We get addictive, catchy choruses that just feel right, and the band is very consistent with this ability.

So, we get tracks like “March (To the World, In Reverse)”, which features a very strong vocal hook; but we also get tracks like “February (Syndicated)” and “October (One, Too Far Gone)”, which are ambient instrumental tracks of synthy goodness.  Still other tracks are like “September (Months Like These)”, which features a very addictive melody that somehow feels familiar in that golden nostalgic kind of way, plus a really strong guitar solo.  The album ends with gentle grace in “December (Swan Song)”, which features a delicate melody matched with a continuous bass groove.  The album is not super long and never outwears its welcome.  It’s this perfect experience that makes you want to restart the album straightway.

Life is 24 Frames has gotten my attention with “CTRL+Z”.  It’s not meant to wow us with shallow technical feats, but rather takes us on a personal journey.  It will stamp your mind with vibrant colors, gorgeous melodies, and impressive flow; but you will enjoy yourself immensely.  It’s an album that is a real joy to hear each and every time, and I honestly can’t get enough.