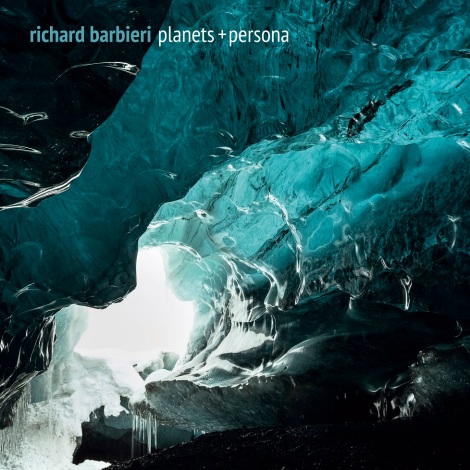 I like to listen to a wide variety of music.  Sometimes, metal takes my fancy for a few weeks, and then prog rock for another couple weeks.  Right now, I’m loving soundtracks and ambient music, so this new release from Richard Barbieri (of Japan and Porcupine Tree) came at just the right time for me.  “Planets + Persona” is a class act from beginning to end.

“Planets + Persona” is another case of the album art and title being perfectly in unison with the music.  This is not merely a prog rock album.  This is a full-fledged leap into the ambient side of the pool; focusing more on expressions, textures, and feelings than on any sort of technical prowess.  You will find a common thread between this album and fellow Kscope labelmate Lunatic Soul’s “Impressions” album, if that helps you get the gist.  Along the way, you will hear ethereal moments, jazzy transitions, bassy moods, world music vibes, and haunting interludes.

Richard is joined by a huge set of musicians with all kinds of abilities and styles.  Richard himself handles synthesizers, keys, and electronic percussion.  Other musicians include Lisen Rylander on sax, Kjell Severinsson on drums, Percy Jones and Axel Crone on bass, Luca Calabrese on trumpet, Klas Assarsson on vibraphone, Christian Saggese on guitar, and Grice Peters on kora (an African lute).  Lisen also provides the muddled vocal harmonization found throughout the album.  All of these musicians do amazing jobs of emoting through their respective instruments.  I especially like the drums and electronic percussion here, as well as the phenomenal sax from Lisen.  Richard’s synth is obviously above and beyond what many others may produce this year; featuring temperature, mood, and movement in his style.  Lisen’s vocals are also a wonderful touchstone of humanity to an album that moves and flows in some rather alien ways.

Richard’s composition skills are front and center here.  At times, the album reminds me of the deep jazz melancholy of the Blade Runner soundtrack, while other times it’s something completely opposite of that.  So, sometimes it feels sci-fi, and other times it feels more smooth jazz or more electronic than that.  The name of the album is perfect, then, as we get the spacey “planets” feeling from the synth and ethereal vocals, but the human “persona” is felt in the world music, the dirty jazz, and the melancholy.  It’s this perfect concoction that you don’t hear very often.

“Planets + Persona” is more than just this random artistic expression.  The album doesn’t come across as artsy-fartsy nonsense.  Richard has composed genuinely interesting and beautiful songs.  Yes, these are songs.  They don’t really disappear into one another like you might expect.  They are encapsulated, good songs that relate well to their titles and evoke feelings in the listener.

For example, my favorite track is “Night of the Hunter”, based on the film of the same name.  It is thus a scarier, more mysterious track that transitions into this intense rhythmic climax with dirty jazz accents.  Another favorite track, “Unholy”, is all over the map with jazz, world music, electronic beats, and this beautifully haunting female vocal harmonization.  These two songs feel the most evocative and the most like a journey into the senses.

Other examples are “Solar Storm”, a more upbeat and funky track that ends the album and that definitely feels more like prog rock; “New Found Land”, a track full of jazzy desires and sensibilities; but also tracks I don’t like as much, such as “Shafts of Light”, a strange track that contains some weird ambient sounds that honestly sound like flatulence, so it’s difficult to take it seriously.  Richard, though, manages to make every single track very interesting through the use of eclectic instruments or just the sheer beauty of the melodies.  It’s an alien album that somehow feels human at the same time.

Richard Barbieri has crafted an album that really stands out from the crowd.  Its strange sounds and beautiful melodies will be the draw at first, but the dichotomy between the ethereal and terrestrial tones will keep you coming back for more.  “Planets + Persona” is a wonderful album that will draw on your senses and emotions in surprising ways.