I am not a Riverside fan.  My relationship with their music is more complex than that.  Riverside is part of who I am, and has been very influential in whom I have become.  For me, Riverside is not just a band and they don’t just make music.  When a new release comes from the band, it’s a necessity in my house to have the new album.  When the unthinkable happened earlier this year as Piotr Grudziński passed away, he wasn’t just “another” musician or celebrity who had died.  He was someone who has communicated with my very soul through his passionate guitars and fervent compositions.  I had lost someone that was basically family to me, and I had to shed the tears appropriate for this.  My tribute to Piotr flowed out of me, and I still feel that much is left unsaid and unwritten.

Riverside haven’t moved on quite yet, either.  They are releasing one last album that will feature Piotr on guitars, and it is something Piotr had always wanted to release: an ambient electronic album.  I know that many casual fans will probably be turned off by this shift, though I know that the true fans will gobble it up just like any other Riverside album.  The album is called “Eye of the Soundscape”, and it is a sometimes brooding, sometimes hopeful album that will take you on a nostalgic journey in appreciation of Piotr and of the band’s sound in general.  It truly is a labor of love.  The album features over 100 minutes of music spread over two discs, set in a light-dark-light pattern (more on that later).  It’s a lengthy and emotional journey that feels like the end of an era; the end of something truly special.

The album, though electronic and ambient in foundation, still features all the instruments you would expect from Riverside.  Mariusz is still amazing on bass and vocals, though his vocals are more harmonization rather than lyrics; Michal’s keys are still ethereal and sublime; Piotr Kozieradzki’s beats are still unique and irreplaceable; and, of course, Piotr Grudziński’s guitars are as haunting, sad, and heartfelt as ever,  even though they are hidden somewhat in a wonderful electronic flow.  It is a more grounded electronic sound than you might expect, feeling more organic and real, however.  Real instruments, engaging movements, amazing transitions, and evocative vocal inflections from Mariusz put this head and shoulders above many other electronic offerings, at least for me. 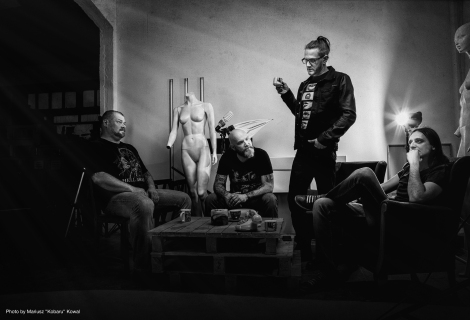 “Eye of the Soundscape” feels very much like Riverside.  This different sound is not something that is wholly alien to us, as only 4 tracks here are brand new (“Where the River Flows”, “Shine”, “Sleepwalkers” and “Eye of the Soundscape”).  All the other tracks have been released either as extras on another album or in the Reality Dream Trilogy collection, though the two tracks off the latter have been remixed (“Rainbow Trip” and “Rapid Eye Movement”).  The music, though, is definitively Riverside, as the presence of very Riverside-esque licks from Piotr makes all of this feel so familiar and even saddening at times.  In addition, you will hear some bass lines and acoustic guitar that sound like they should be in a Lunatic Soul album, which is alright by me.  Every time Piotr’s guitars come in, though, such as on the “Rapid Eye Movement” remix, my heart flutters and I forget everything else I’m doing.  This is Riverside for sure, just in another tone; and their music still has the same effect on me.

The tracks that have already been released sound as amazing as ever.  The album begins on a light note with new tracks “Where the River Flows” and “Shine”, but then descends into darkness with the “Night Sessions”.  The darker disc would definitely be the first one.  The second disc begins with the darker “Sleepwalkers” but transitions into the more hopeful tracks “Heavenland”, “Return”, “Aether”, “Promise”, and “Machines”.  The remixes can also be found smack dab in the middle of each disc, respectively.

The album ends with the slow-burning title track, and I can’t help but see a similar arc to “Love, Fear, and the Time Machine” here.  That album was all about coming out of darkness, but Piotr’s death obviously cast the band back into darkness, about which Mariusz has been quite vocal.  My hope is that this noticeable arc is an indication that they are once again finding peace.  Death is a difficult thing, especially when you believe you have finally found your way.  The river flows on, however, and our pain can turn into nostalgia and wonderful memories.  I’m so happy to be a part of Riverside’s journey, and I’ll be there no matter what to support this group.  These guys make music that speaks to my heart and my head at the same time, and they are without a doubt my favorite band ever. 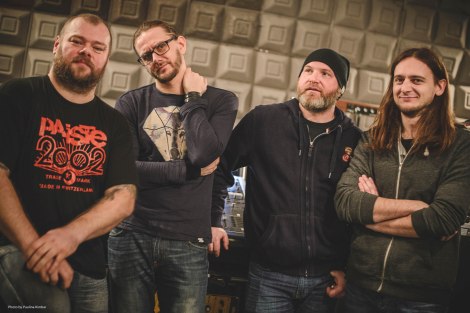 My favorite new tracks here are “Where the River Flows” with its haunting vocal inflections and sublime progression; “Shine” with its bright, colorful beauty; and the darkened “Sleepwalkers”.  Obviously, all the tracks are amazing and feature a different side to Riverside that I’m so glad we get the chance to hear, but the familiarity here is also stunning and even spine-tingling.  I also love the remixes.  On both of them, you will hear those piercing, heart-rending guitars from Piotr, like from the Reality Dream Trilogy.  They really are a nostalgia trip of the highest order.  My favorite of the two is definitely “Rainbow Trip” which has a great beat and immersive guitars.

For those that like Riverside, then, “Eye of the Soundscape” will be a great experiment and a change of pace.  For people like me that count Riverside as major part of their very lives, “Eye of the Soundscape” will be a monumental tribute to the life of someone who has affected us deeply and in a way that few others have.  It touches on new paths of music, but it also reaches out to those favorite moments from the past to grasp your heart.  The whole album is the emotion, texture, and taste of Riverside simply wrapped up in a different package, and I will cherish it for years to come.

8 responses to “Riverside – “Eye of the Soundscape””